Weird, exciting, and vibrant, Park Chan-wook’s The Handmaiden is an erotic tour through a world of subjugation, trickery, and betrayal framed by a bizarre love triangle.  The story was inspired by the novel Fingersmith by Welsh writer Sarah Waters, with Park and his co-writer Chung Seo-kyung adjusting the setting from Victorian England to Japanese-occupied Korea during the 1930s.  The structure of the film is cyclical, re-telling the story three times from different viewpoints and revealing new truths with each telling.  There’s an unreliability to the narrative, as truth and facade alternate with each new perspective.  But ultimately, The Handmaiden has an fervent romanticism about it, as the heart of the story is about love, sexual exploration, and self-discovery – all with a tinge of deviancy.

Let’s get this out of the way:  your enjoyment of The Handmaiden will be heightened if you don’t know where the story is going or why.  For that reason, I will relegate the plot to its barest essentials.  A conman known as “Count Fujiwara” (Ha Jung-woo) hires a pickpocket named Sook-Hee (Kim Tae-ri) for a scheme.  The Count plans to pose as a bookmaker in order to woo and marry a Japanese heiress named Lady Izumi Hideko (Kim Min-hee) to abscond with her fortune.  Lady Hideko is the ward of her creepy, book-obsessed Uncle Kouzuki (Cho Jin-woong).  Sook-Hee will spy on Lady Hideko as her handmaiden, and will attempt to coax her into falling for the Count.

This ostensible story obscures secrets in every nook, and most of the fun of The Handmaiden is in figuring out just exactly what is going on and why.  Guessing at the meaning of a cryptic line, noticing a strange look, or filing away a bizarre occurrence pays dividends later, as you recognize that you will go through the story multiple times, with a bit of non-linearity to each separate telling.  As previously mentioned, each re-telling is from a different point of view, but the genius of The Handmaiden is that the story is re-told through pairs of points of view.  It shares a functional similarity with other repetitious story structures, like Run Lola Run or Rashoman, in that each re-telling provides new context and information (and casts doubt on your previous interpretation).  But by operating in pairs of characters, the spectator also learns more about the relationships and the associated deceptions.  It is circuitous and wonderful.

While inspecting every facet of this kind of story, The Handmaiden is hyper-stylized, in many different aspects.  Because the story focuses on interactions between characters of two separate cultures and languages, the subtitles are placed in two different colors:  all Japanese is yellow, all Korean (and anything else) is white.  Fans of Inglourious Basterds should enjoy the language games that Park exploits with this simply little choice.  Elements of design, especially the costumes and sets are alluring, but hint at that same sordid underbelly.  Everything just feels a little bizarre and dark.  It’s a gorgeous film to experience on a purely visual level, but there’s much more to it once the secrets start unraveling. 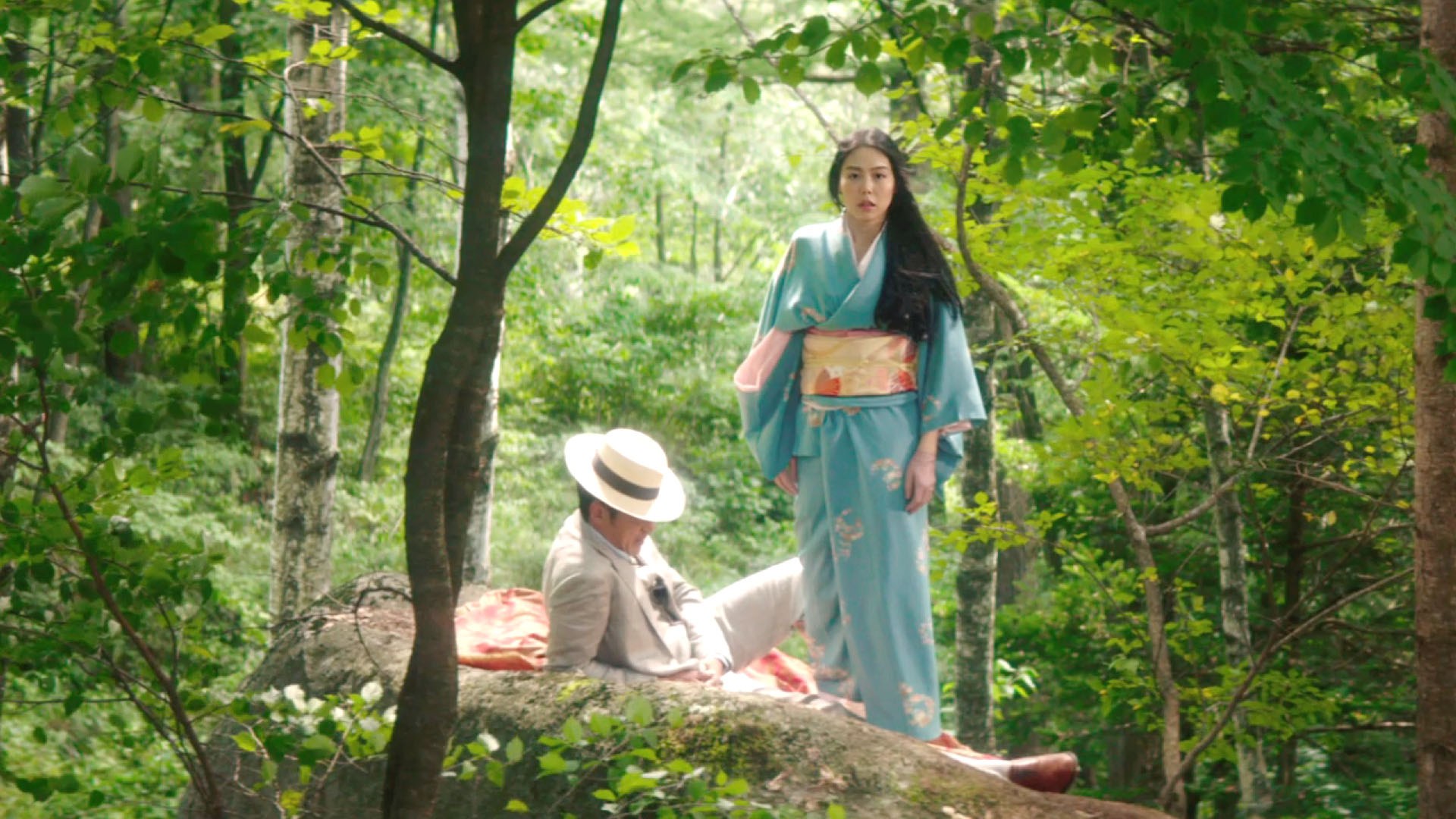 The eclectic tone of the film is mirrored by the many different themes and subthemes.  Due to the obscure nature of the story, the effects that secrecy and deceit have on relationships is fundamental to the thematic material.  Most everything else is related to these ideas, riffing off them or subverting them in one way or another.  The film discusses lesbian romances, femininity and feminine strength, sexual depravity / degeneracy, and the idea that sexual knowledge and experience confers individual power or freedom.  All of these ideas are there, but they are shrouded in the underlying mystery of precisely what is going on in the relationships between the main characters.