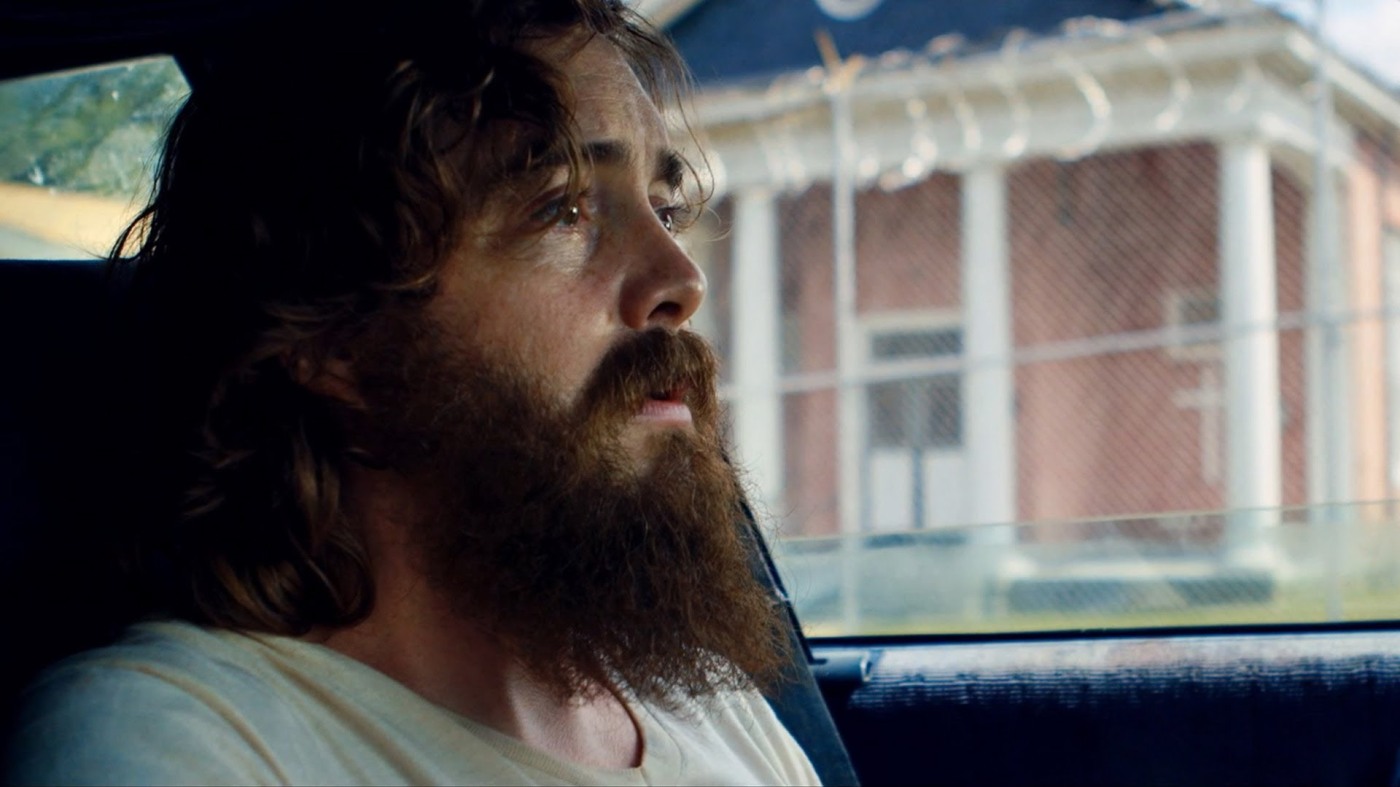 The revenge genre has experienced a small renaissance of late with films like Taken and John Wick portraying purposeful and expert killers running roughshod through those who have wronged them in some way. The audience is generally encouraged to recognize the protagonist’s ability, and celebrate his or her violence. The low-budget film Blue Ruin, from director Jeremy Saulnier, turns this dynamic on its head by providing us with an everyman thrust into a revenge situation. The resulting story arc follows familiar beats, but the unique perspective infuses this stark film with a beauty and realism that is rarely approached in this exploitative genre.

The film opens on Dwight, played by Macon Blair, who is unkempt, scrounging through the garbage for food, and living out of his car. Without any real context or dialogue, we are forced into simply feeling sorry for Dwight, especially when a police car drives up to the car while he is sleeping inside of it. I immediately thought that some hard-ass officer was going to be extra hard on Dwight for no reason, but instead it was an old friend of his. She took him in to give him the bad news: the man convicted of killing his mother and father has been released on parole.

The context for Dwight’s life snaps into focus. He has clearly been devastated by the loss of his parents, and simply never recovered. However, where before he was simply a wanderer without purpose, this new development has given him something to focus on: retribution. He attempts to buy a gun, but can’t afford it, and doesn’t have enough to trade. He does manage to steal a knife, though, and effects his plan for revenge by driving to the prison.  He has to stalk his parents’ killer to a party that the family is throwing in celebration of the release, and it is at this party that Dwight chooses to enact his plan.

The resulting film is essentially a deconstructed revenge thriller, where each particular element can be drawn out and analyzed alone. We get to see Dwight’s raw hatred boil over, but also see his fear consume and paralyze him. We get to see him make smart, strategic decisions to forward his plan – only to be foiled by a clear mistake or poor execution. These tensions paint a challenging picture of how an actual revenge plot may play out when the burden of action falls to someone like you or me; someone who doesn’t have a particular set of skills. Everything in Blue Ruin, from the pacing to the cinematography to the performances is in service of grounding the revenge in reality, but it is in no sense a naturalistic film like Boyhood. It is a raw but romantic view of a man who makes a hard choice.   Thankfully, it never devolves into excess or exploitation, and it completely succeeds thanks to such restraint.

Watch the Trailer for Blue Ruin below, and check out the full film on these platforms.