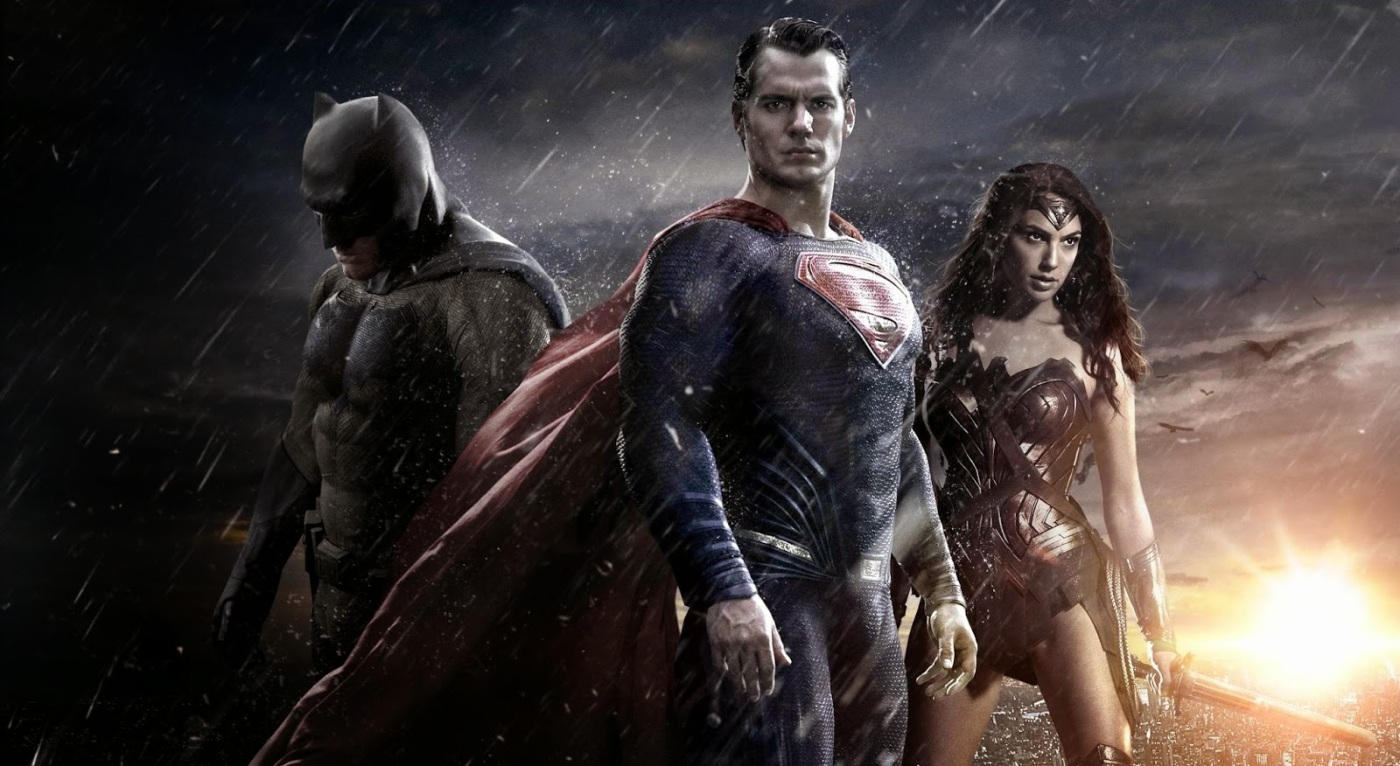 It is no secret that the DC Extended Universe (DCEU) has darker ambitions than its brightly colored and quip-filled Marvel counterpart. Since the DCEU is late to the shared universe party, they are tasked with differentiating themselves, and if Man of Steel and the teaser trailer for the follow-up Batman v Superman: Dawn of Justice are any indication, they want to skew more serious and dramatic. This is fine, as Christopher Nolan’s Batman trilogy leaned more realistic and was a success. But, this strategy could be quite dangerous if applied across the board (including Man of Steel, 13 DCEU films are in various stages of planning).  While a single film can focus on the darker aspects of the world, I feel like the weight or power of such a choice is diminished by each successive trip to that well. With that in mind, I looked to the new Batman v Superman trailer with the question: is there ever going to be any fun at all in the DCEU?


The red capes are coming!

We begin with a medium close-up shot of a US Senator (Holly Hunter) repeating the monologue from the teaser about the nature of Superman. A quick cut to outside the capitol building shows Superman descending from the sky onto the steps among a sea of protesters brandishing signs adorned with slogans like, “God Hates Aliens” and “Earth Belongs to Humans”. Of note, there is also a more receptive sign, “Share the Planet”. Superman approaches the senate committee as Hunter finishes her speech, but he remains wordless. Then we cut to Bruce Wayne running through the streets of Metropolis as Superman’s eye lasers are carving up a building which is revealed to be Wayne Financial Tower as Hunter explains, “Let the records show that this committee holds him responsible”. Then, as Bruce reads over a newspaper article about the devastation scrawled with, “You Let Your Family Die”, Jeremy Irons as Alfred repeats his “rage” speech from the teaser.

Yeah, this is all pretty dark stuff. The political protest language is definitely meant as an allegory for both homosexuals and immigrants, so we can expect those themes to exist at least under the surface level of the narrative. It is unlikely that the material will be made more explicit, though, as it seems like the story is meant to focus more on the loss of life at the hands of the climactic battle from Man of Steel between Superman and General Zod. Clark Kent is shown disapproving of Batman’s vigilantism, so this may be his motivation for the resulting conflict.  Batman simply believes that Superman’s incredible power is too dangerous to remain unchecked. These sparks of conflict are fanned into flames by Lex Luthor – played by Jesse Eisenberg. Here, hopefully, we get what we are looking for:  Luthor is the key to making this film work.

Batman and Superman are iconic characters, and while they may have their own issues and dark sides, they must be our heroes. As an audience, we need to believe in the legitimacy of their conflict or the resulting story will lack weight and meaning. If these motivations feel unfounded, rash, or too convenient, we will scoff at the idea of these two heroes going toe-to-toe with each other. Lex Luthor is being depicted in this trailer as a master manipulator.  It is intimated that he is psyching up Batman, and he is shown talking to a kneeling Superman, which has a real “Iago & Othello” vibe to it. We get some additional tidbits via your standard quick-cut trailer montage. Superman has some henchmen who appear to worship him, and Batman is shown fighting them. Wonder Woman makes a couple of appearances. We see Luthor with Kryptonite, which he probably provides to Batman in an effort to even the odds in the eponymous battle sequence.

But, for my money, the most important line delivered in the trailer comes from Luthor: “The red capes are coming. The red capes are coming.” This line and its wry, gleeful delivery by Eisenberg hold the key to Batman v Superman and the rest of the DCEU. It is a conglomeration of American neuroses, simultaneously evoking the midnight ride of Paul Revere and the Red Scare of the 1950s. And the sardonic delivery is actually funny in a dry sort of way. This, I feel, is where we will get our fun from in the DCEU – the villains. Our heroes can be brooding weirdoes full of issues and conflict all they want, and the story can focus on darker ideas like fear and persecution of that which is different, so long as our villain is a bit of a mustache-twirler.  Hopefully Zack Snyder and others involved in creating this universe have an interest in striking some kind of tonal balance with these films, because I can’t take a 13-film slate of Man of Steels.

What do you think about this new trailer?  Did you feel like the first teaser was just all dread-and-gloom, lacking any semblance of fun – and is that even a bad thing?