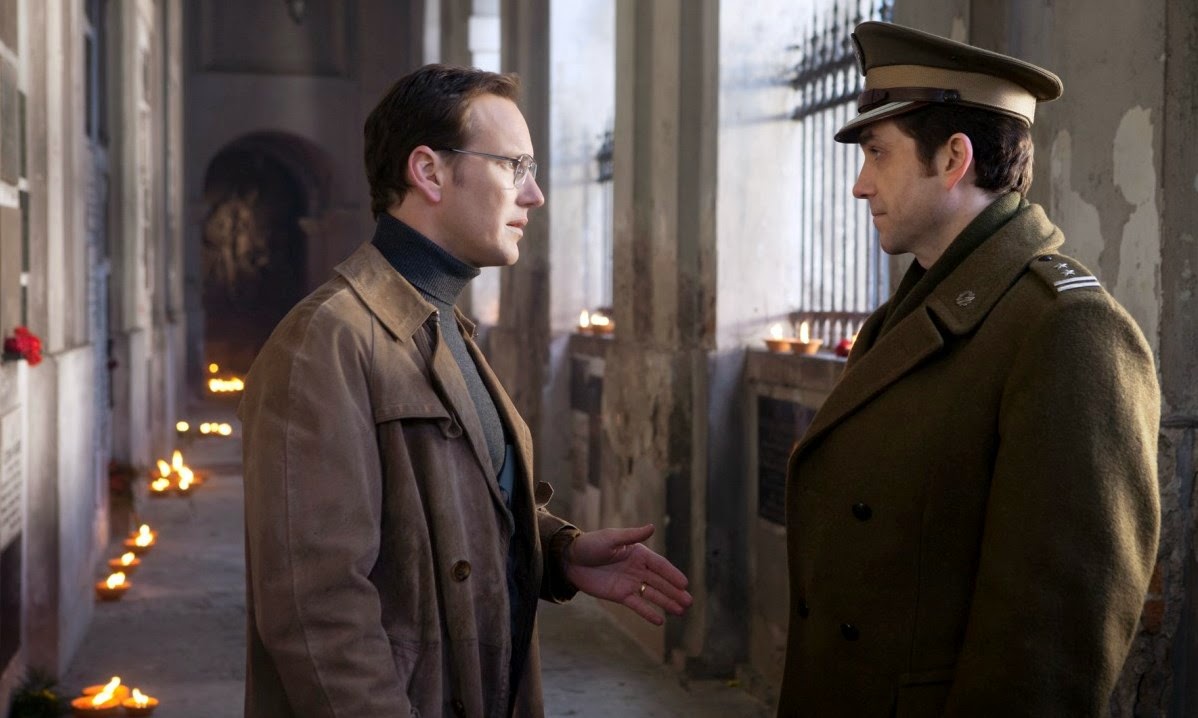 Quietly and without fanfare, Polish writer/director Wladyslaw Pasikowski has crafted an historical spy film for the ages.  Jack Strong rivals the very best spy films of the decade – from Tinker Tailor Soldier Spy to Skyfall.  The film dramatizes the life and actions of one of the most high-impact spies during the Cold War, the polish colonel Ryszard Kuklinski, who over the course of a decade provided over 35,000 pages of sensitive Soviet information to the Americans.  Impressively,  Jack Strong isn’t simply a circuitous celebration of tradecraft and cloak-and-dagger, either.  It delves further into the emotional and personal costs of the spy life than almost any spy film I have ever seen, detailing the damage that Kuklinski’s actions have on his family, friends, and colleagues.  The end product is a three-dimensional spy film that doesn’t resort to action set pieces or large explosions to capture the attention of the audience.  Thus, despite being relatively unknown, Jack Strong is an unequivocal example of the perfect Cold War spy film.

The story of Jack Strong, which derives its title from Kuklinski’s real-life CIA code name, is heavily steeped in real Cold War events.  After WWII, Kuklinski is shown rising quickly through the ranks of the Polish People’s Army, largely on the strength of his tactical skills which played an important part in the 1968 invasion of Czechoslovakia as part of the Warsaw Pact.  The realities of this invasion and the brutal treatment of subsequent Polish protestors soured Kuklinski’s relationship with the Soviets, who were extending their sphere of influence to include Poland.  Believing that since Poland represented the front lines of any potential war between the Soviets and Americans, and thus would quickly be sacrificed or even targeted by nuclear weapons, Kuklinski decided to use his high-ranking military status to pass Soviet secrets to NATO and the CIA.

Pasikowski brilliantly frames this narrative by placing an older Kuklinski in a dark room and having him deliver specific details of his life and career to an interrogator.  In this way, we are able to tackle multiple years of Kuklinski’s story without the need for the tiresome title cards that plague even the best spy films.  It is best to keep as much of the actual narrative of Jack Strong hidden for the six of you that will actually be inspired to watch the film by this piece, and because of that I would caution any readers away from reading the synopsis of the film or even Kuklinski’s Wikipedia page, as it will give away some absolutely fantastic plot points.  Suffice to say that there are very few films made today that can keep an audience guessing up until the final five minutes, but Jack Strong is one of them.  The climactic sequence is both subtle and sneaky to the point of brilliance, and it frankly makes Hollywood spy films look foolish and predictable by comparison.

Kuklinski is portrayed by veteran Polish actor Marcin Dorocinski to near perfection.  Dorocinski compels the audience to empathize with his precarious situation, as he has to avoid detection by his best friends and co-workers while simultaneously professing his allegiance to the Soviet higher-ups.  This conflict is most evident with regards to his family, though.  Kuklinski’s youngest son, Bogdan, is a bit of a revolutionary and absolutely despises his father’s position in the Polish army.  Kuklinski’s wife, Hana (Maja Ostaszewska), must also be kept in the dark the whole time, which generates a palpable romantic tension that Dorocinski and Ostaszewska portray well.  Much of the drama in the film is derived from these personal tensions, and it adds a crucial and oft-ignored element to the unfortunate consequences of living the life of a spy.

As you may have noticed, Jack Strong is not afraid to cast native actors in crucial roles.  The Soviets are played by Russian actors, the Poles by Polish ones, and the CIA operatives in Washington, DC by Americans.  The verisimilitude gained from such a simple choice cannot be overstated, but I guarantee that a more “Hollywood” film would never have cast Dorocinski as the lead, let alone multiple other Russian and Polish actors in crucial supporting roles.  And, if you’re scared by the prospect of watching a subtitled Polish spy film, it is worth remarking that the main CIA operative in charge of handling Kuklinski is played by Patrick Wilson, who once again quietly crushes an understated role in an unknown gem of a movie.  Lovers of great film / television should probably just follow Patrick Wilson around indiscriminately by this point.

Jack Strong slipped by most people, but if you’re into spy flicks, smart plotting, and pitch-perfect acting, there aren’t many better examples out there.  In particular, this film impresses with much of the standards of the genre:  excellent tradecraft and spy stuff, hidden agendas and motivations, and wonderful political intrigue.  But, it also offers aspects that go above-and-beyond.  There is a harrowing family dynamic at play throughout, and even peculiar tensions between Kuklinski and his old war-buddies, as he buckles under the weight of betraying those he fought beside.  Overall, this is a fantastic example of the historical spy thriller, and puts to shame many films with much higher budgets.

Jack Strong awaits you on Netflix, which is the first place I even heard of this film.  The image they have chosen prominently features Patrick Wilson, because there’s no way anyone would recognize Dorocinski or the other leads.  Regardless, Wilson was enough to warrant further investigation, but I was perplexed and initially scared by the Polish subtitles.  Don’t be – this is one of the best, most under-the-radar films on Netflix right now.