No film in recent memory lionizes a performance quite like Pablo Larraín’s Jackie.  The entire film embraces Natalie Portman’s expert depiction of the iconic first lady.  Portman’s performance has a imitative style to it, complete with specific elocution, affect, and emotion – all of which she delivers with a quiet and confident ferocity.  Larraín takes full advantage of Portman’s talent by framing most of the film in close ups, a stylistic choice that instills the spectator with a deep empathy.  Even the structure of the narrative reflects Portman’s performance:  thoroughly non-linear, the disjointed organization conveys and cements the confusion that Jackie is experiencing.  Portman’s nonesuch portrayal completely fuels Larraín’s film, and is responsible for the heights it reaches.

Jackie details a multitude of events, focused around the assassination of John F. Kennedy.  The film opens on this tumultuous event, with his wife by his side, but soon abandons any semblance of linearity.  The narrative jumps to the famous White House tour that Jackie gave in 1961, follows Jackie and others in the immediate aftermath of the assassination, and hops to a Life magazine interview Jackie held with Theodore H. White.  This is past, present, and future – interwoven and focused on Jackie.  The nonlinear structure conveys the confusion that Portman portrays so well, but in more intimate moments also underlines Jackie’s desultory plans for the future.  By barraging the audience with disparate time periods and separating the narrative this way, we are led to empathize with the disjointedness that Portman’s performance establishes.  It’s a glorious example of using a stylistic choice (the structure of the narrative) to augment the film’s central subject (Portman’s performance).

The actual character of Jackie depicted in this film expresses a fascinating duality.  Primarily, she struggles with the conflict between the artifice of her public life and her more genuine private personality.  She recognizes the realities of her husband’s infidelities, yet champions his strengths as a husband and father.  She puts forth a sweet woman for the cameras and in interviews, but behind closed doors she has a dominating presence about her.  Her obsequious performance for the American people can transform into an acerbic wit aimed at the fools she refuses to suffer.  Perhaps most affecting of all, this accomplished and self-sufficient woman stumbles for purpose and meaning upon the death of her husband.  It’s altogether tragic and inspirational; a true fairy tale right at home among King Arthur and the Knights of Camelot.

It bears reiteration:  Natalie Portman renders this larger-than-life character to perfection.  Her elocution on the iconic lilt of Jackie Kennedy is well-executed without approaching caricature or impression.  The gravitas, charisma, and forcefulness of the character practically oozes from Portman’s performance.  She also has complete command of the emotions we read on her face at every moment.  It’s a titanic performance of an endearing character, paradoxically strong and vulnerable.

Because of Portman’s expertise, Larraín knows that he can rely on myriad close-up shots of his actor, inviting the spectator directly into her mindset throughout the film.  Most films make at least some use of the close up shot, as it’s a pretty standard visual storytelling technique for generating empathy.  But Jackie breathes close-ups.  It’s an attempt to generate a sustained intimacy and get the audience to empathize with Jackie and truly consider her situation in every situation she faces.  Generally, this stylistic devotion would be a gamble because if your lead isn’t up to snuff, even minor weaknesses become obvious.  Fortunately, Larraín has a ringer. 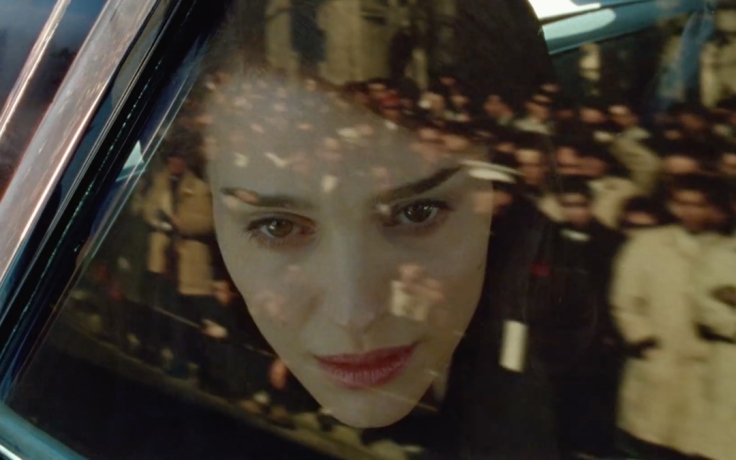 Jackie is obviously more than Portman’s performance.  In his last feature role, John Hurt is brilliant as Jackie’s priest and spiritual confidant.  Peter Sarsgaard and Greta Gerwig contribute solid scenes too.  Noah Oppenheimer’s screenplay is taut and focused, and Larraín directs with a palpable confidence.  The structure of the story informs Jackie’s confusion, and the cinematography draws us into her world.  And all of these aspects contribute to the themes of national tragedy, obsolescence, and the plight of the strong women in a world of men.  But, Jackie comes together and succeeds because Natalie Portman gives the performance of her life.