In film or on stage, performance is a strange thing.  Sometimes, the audience values showmanship and wants to see the raw talent of a performer laid bare under the lights.  Sometimes, we crave realism – some indefinable feeling that the thing we are seeing on screen is genuine and true, their soul laid bare instead.  To achieve one of these is rare, the stuff of chilled spines and tears. What then when an actor pulls off both, simultaneously? And, what when both leads of a film do so?  Well, that’s A Star is Born.  That’s magic.

Bradley Cooper’s directorial debut starring Lady Gaga as the eponymous singer/songwriter is a wonderful encapsulation of artistry, performance, and voice.  Cooper stars as Jackson Maine, an aged singer/songwriter rockstar with a serious drinking problem. When he stumbles into a bar after a gig, he chances upon Ally (Gaga) singing in a drag contest, and immediately recognizes her talent and is smitten with her.  Though initially reticent to indulge the drunken rocker, Ally warms up to him and reveals that she is something of a singer/songwriter herself, though she feels too ugly to perform her own songs on stage.

And those songs!  A Star is Born sports one of the most memorable and enchanting original soundtracks in recent memory (especially for a film that isn’t a “real musical”).  We get a few paltry little intros early on, either showcasing Jackson’s skill on stage or Ally’s penchant for putting a lyric together, but the real payoff comes when Jackson pulls Ally onstage at the end of one of his shows by goading her with a secret arrangement of one of her own songs that he had heard just the night before.  More on that later. Suffice to say, the music is not simply hacked-together so that our actors have something to sing. These are legitimate pieces of art in themselves, lending their gravitas to the film and making the story and characters all the more believable.

Cooper’s camera helps out, too.  The cinematography in A Star is Born is very personal, circling the actors and almost inviting the audience onstage with them,  In more personal moments, we seem even closer to the actors, making us privy to all the demons in their relationship.  Many films that feature “live” performances choose to shoot the action onstage from the perspective of the audience. This happens a few times in A Star is Born, but mostly he is intent on recreating the experience of the performer, not the audience.  It might be a small choice, but it entirely dictates the focus of the drama. This is not a film about becoming famous and gaining an audience or falling out of the public eye – it is about how a person deals with that experience. 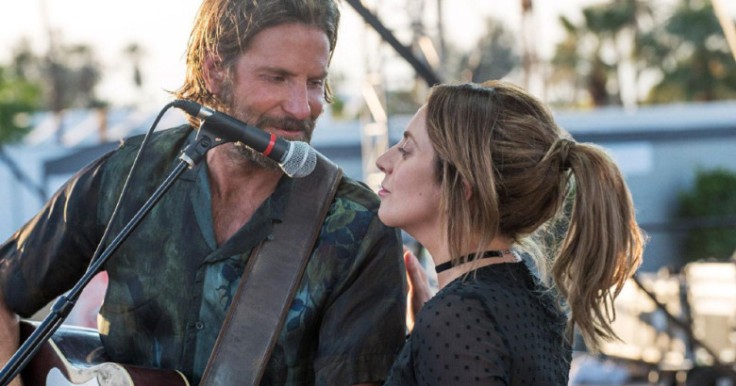 The camera guides our attention, but it is the performances that capitalize on it.  Gaga is an absolute revelation. She’s soft and subtle in her more dramatic scenes, lending Ally a reserved strength.  She can get feisty and angry, fall madly in love, and act opposite an Academy Award nominee without missing a beat. Cooper is on his A-Game as well, adopting a sad-sack kind of affect and a lilted drawl to his voice that reminds one of Jeff Bridges or Sam Elliot in some of their iconic roles.  The two share a chemistry that positively erupts off the screen from the meet-cute. And nowhere is this more true than onstage.

A Star is Born is particularly interesting because it repeatedly showcases its two lead actors performing music in the world of the film.  Those diegetic performances are so deft that they not only feel genuinely entertaining (say, if one was an audience member at one of the shows), but they also convey character arcs and emotional moments for the characters on screen.  This is true throughout the film, but the first time we see both Ally and Jackson onstage together is the most well-executed.

After the two meet and share some music, Jackson extends an invitation to Ally to come to his next show.  Though she’s initially shy and full of self-doubt, Jackson insists that her talent is genuine. Instilled with his confidence, she steps on stage and absolutely crushes the performance, with the crowd going nuts.  But, all the while, Gaga’s performance is not something you’d expect from Lady Gaga. It isn’t bombastic or practiced or quirky – it is just a girl winging it in front of thousands of people. And it’s beautiful.

Because A Star is Born isn’t about fame, it is about finding your voice, about finding your true self and not being afraid to express it precisely how you like.  Jackson acts as the mentor, delivering his sage advice in between drunken tirades and other horrible missteps. But still, for all his faults, Ally admires his artistic integrity and his undeniable talent.

Though it is not a perfect film, A Star is Born certainly orbits in the vicinity of perfect.  There are a few too many on-the-nose plot elements and the wheels spin a bit through the second act, but in the presence of the performances from Gaga and Cooper, the engaging cinematography, and the live-affirming themes of self-expression and confidence, A Star is Born is world-class storytelling.