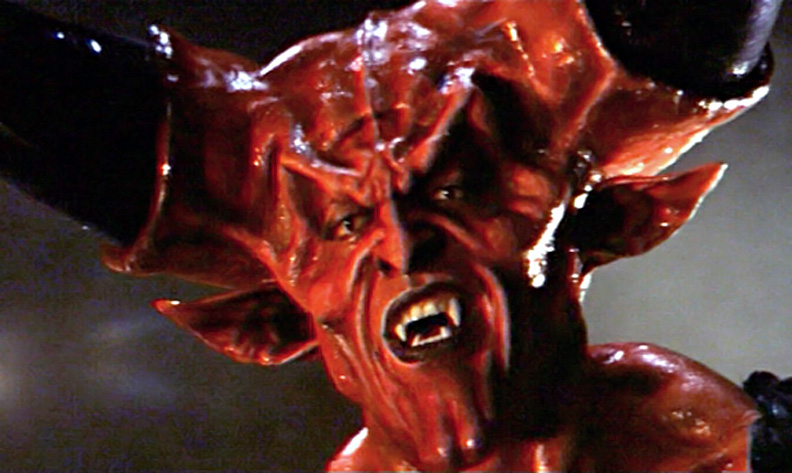 If you’ll recall, a couple of weeks ago The Martian was moved up over two months for an October 2nd release. There, it will compete with the Robert Zemekis film The Walk and Brian Helgeland’s Legend, starring Tom Hardy (twice). And, while we’ve had a couple of different looks at The Walk (which I always want to call “The Wire” at first – I wonder if that will ever stop), we only got our first full look at Legend late last week with the first official US trailer, and it looks like October 2nd is shaping up to be a spectacular weekend for film fans. Have a viddy:

The trailer opens by introducing us to the Kray twins, Ronnie and Reggie. The choice to introduce them one-at-a-time as being played by Tom Hardy is a masterstroke by the marketing team for this film. They know that Tom Hardy is the draw here, and by making clear that he will be playing both twins from the get-go, they instantly nab any fans of Tom Hardy (which is essentially anyone who has ever seen any of his movies ever). And, as we begin to learn more about these twins and their foray into the world of organized crime in 1960s London, we begin to fall hard for Legend.

Like Black Mass (starring Johnny Depp as Whitey Bulger), Legend is a crime drama based on true events, so the importance of this film is not the narrative that it decides to tell. A thirty-minute session on Wikipedia can tell you all that you would like to know about the Kray twins and their exploits. What Legend needs to do to be successful is dramatize these events under the expertise of Helgeland (both writer and director for this film) and Hardy. Helgeland has some fascinating writing credits to his name, including gems like Man on Fire, Mystic River, and L.A. Confidential, all fantastic films with a crime element – so you know Helgeland is in his wheelhouse here.  Your overall opinions on these films may differ from mine, but one cannot object to the strength of these screenplays: they are tight, purposeful, and unique.

The screenplay for Legend needs those same qualities so that Tom Hardy can take full advantage of what appears to be two full and juicy parts. Keep your eyes on this film, as we really haven’t seen anything quite like a performer of Hardy’s ability playing twin main characters in recent memory – especially not in a gangster film. The gold standard for such a dual performance is probably still Nicolas Cage playing Charlie and Donald Kaufman in Adaptation, and it is exciting to think that we may have something of that caliber on our hands here.

Between The Martian, The Walk, and Legend, October 2nd can’t come soon enough.