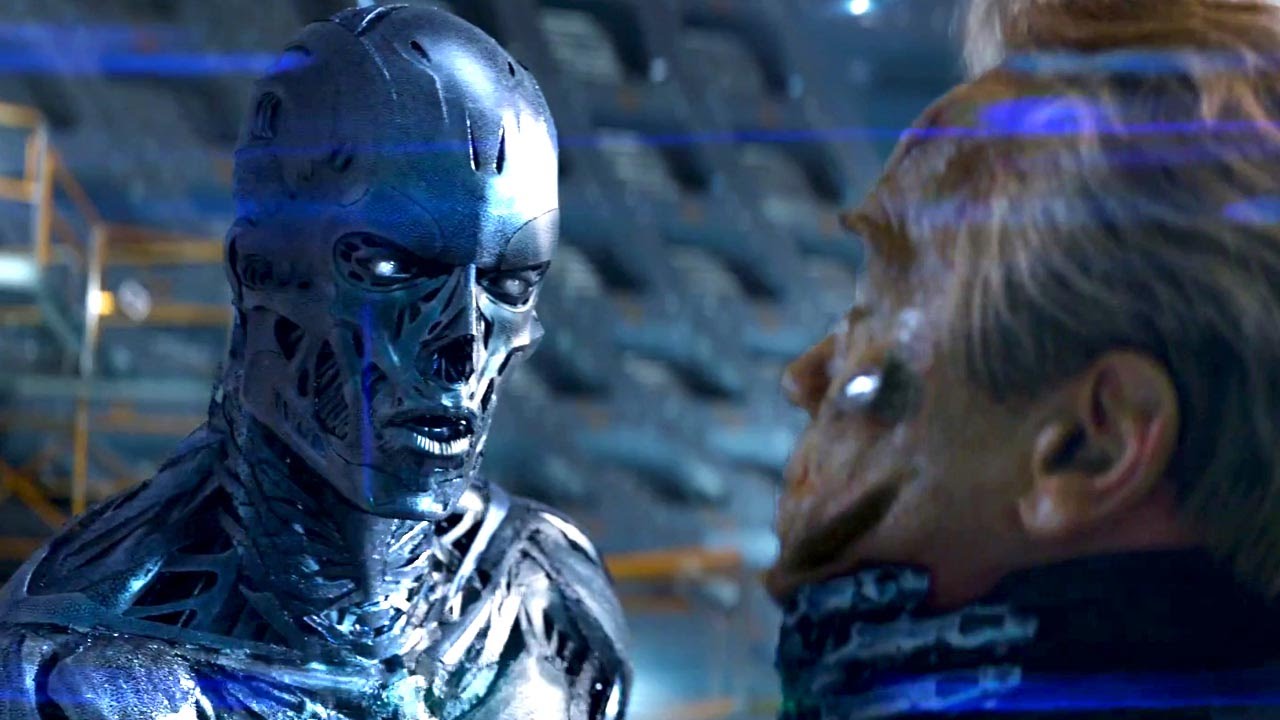 All four previous entries of the franchise use a time-traveling event as the kernel of a larger story, and the best two films (which I don’t even need to name explicitly) relegate this to the very beginning of the first act. Terminator: Genisys limps along its narrative by using time-travel plot elements like a crutch. The result is a film without a logical plot, populated by paradoxical characters and foolish plans. Occasionally, things get so muddled and unclear that characters are forced to halt the drama on screen to provide expository dialogue, but even these shoehorned explanations fail to settle the questions that arise. Due to the various temporal contortions of this film, we realize that Terminator: Genisys is not merely a sequel in the Terminator franchise, but a stealth re-boot of the whole storyline. Sadly, the plot of Genisys erases the events of the previous films as though they never happened and leaves this once-great franchise an incoherent husk of its former self.

It is often unwarranted to gripe about the inherent problems with a plot involving time travel. Even the most simple story begets a paradox when time travel is present, and the earlier films in the series understood this. Hence, Terminator and Terminator 2 kept the time traveling element in the far-future, and relegated the trips to two pairs of two (a terminator and a guardian). Then, the narrative focused on the struggle against a superior adversary. We are drawn to our protagonists’ strength, ingenuity, and survival instincts against all odds and eventually we forget how critical the initial time jump was and stop caring about it. In essence, the first two Terminator films contained isolated incidents of time travel, and when the results of those incidents were concluded, we were done with the narrative from our perspective. The future was left to interpretation and wonder, which ultimately is one of the greater themes of the first two films.

By contrast, Terminator: Genisys contains at least six separate incidents of time-traveling, one of which is forward in time. In this film, the time travel is upfront and of paramount importance. Remember how you always felt a little weird about Miles Dyson studying the T-800 chip and arm in T2 and how that helped lead to Skynet? Like, how could Skynet exist to send pieces of its technology back in time to Dyson for inspiration if he didn’t design it alone in the first place? There are several instances of that sort in Genisys, and they inform decisions made by the characters, effect major plot points, and necessitate expository dialogue throughout the film. This is the major mistake of Terminator: Genisys. Our focus is not on the characters that we love, the awesome cyborgs, or the science fiction concepts. Our focus is on what the Hell is going on between all of these time-jumps, and what the consequences may be. Even when some incredibly cool scenes take place (and there are a handful of those – almost all of which contain Arnold Schwarzenegger, who elevates this film above absolute trash), this is in our minds, and it severely detracts from whatever the film is trying to do.

By and large, the acting in this film is reasonable, if a little cheesy. There are some reasonably funny lines thanks to the interactions of Kyle Reese and Arnold’s aging terminator character, and even some real emotional weight. As with the action, almost every scene of worth contains Schwarzenegger. But then there are also some truly skippable scenes that are real groaners and make very little sense. Overall, I don’t think it is very productive to harp on the actors, though, and the true blame for this film has to fall to the screenwriters Laeta Kalogridis and Patrick Lussier and director Alan Taylor.

It baffles me that the plot of Terminator: Genisys was agreed upon by these film makers. They had to see that taking characters from 1984 and jumping them forward to 2017 completely erases everything that existed before them in a narrative sense and leaves only the events of this film as relevant anymore. Truly, the damage caused by this abysmal failure of a film is so great that it extends beyond its own existence and poisons its progenitors beyond recovery. You simply cannot have the events of Genisys coexist with the events of the previous films, and I believe this was the true motivation of the film makers.  It has been announced that this film is planned to be the first of a new trilogy, and I suppose in that sense it succeeds. Terminator: Genisys now stands atop the corpses of its predecessors as the beginning of its very own, brand-new franchise. Congratulations.

One thought on ““Terminator: Genisys” Obsesses Over Time Travel and Erases Past Glory”