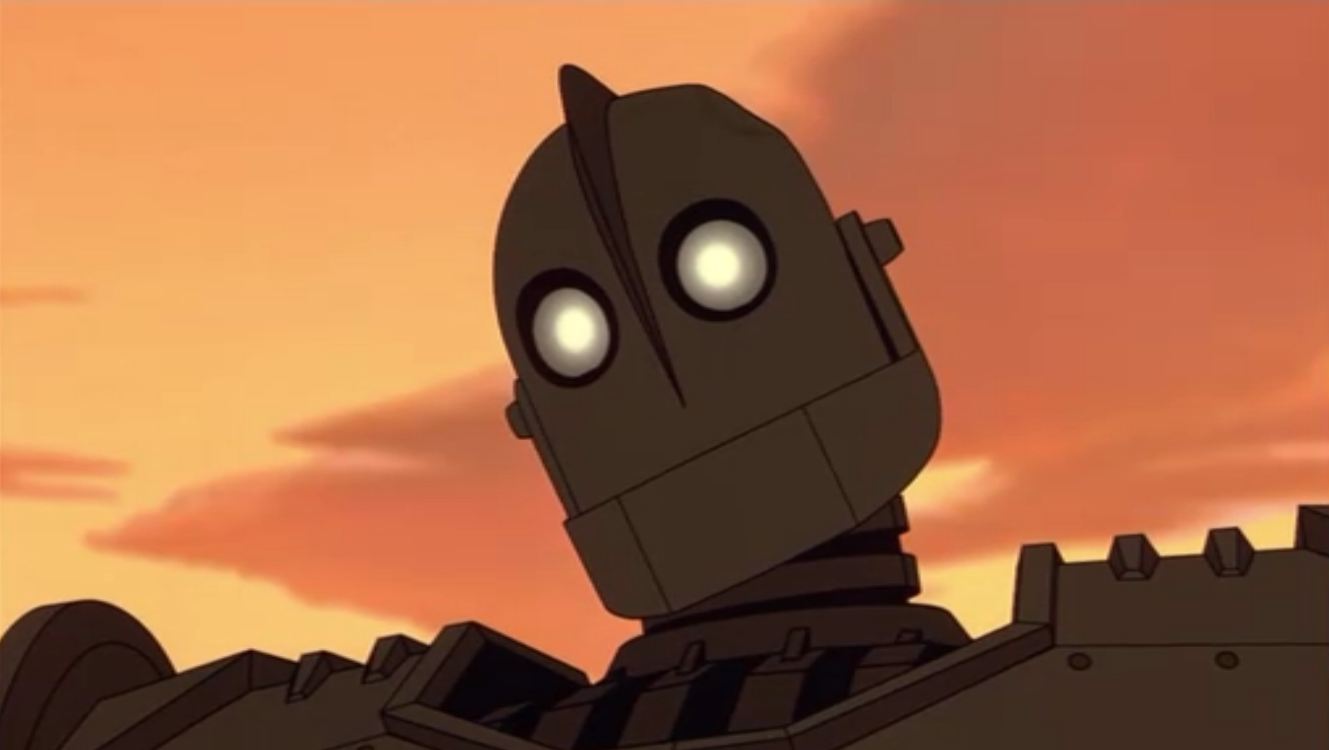 The Iron Giant was perhaps the last masterpiece of American hand-drawn animation. The film was the directorial debut of Brad Bird, and may be the best entry in his filmography to this date, despite how crazy that sounds. When it was released in 1999, I was not aware of it and missed seeing it in theaters, but it looks like I will be getting a second chance. On September 30th, 2015, The Iron Giant will be shown in select theaters under the title The Iron Giant: Signature Edition with two new scenes added. Soon thereafter, the film will be available for digital purchase in this re-mastered state.  Apparently, Warner Bros. is not particularly interested in producing a Blu Ray edition flushed with extras, so this digital release is what we get.

First off, the re-release is great news for fans of the film. The Iron Giant was not a huge success at the box office on its initial run, but it has solidified its status as a cult classic over the past 15 years on the strength of spectacular word-of-mouth and sparkling critical reaction (96% on RottenTomatoes.com). This new release will offer old fans of the film the chance to experience it on the big screen, and possibly to create new fans by dragging friends and family to the showing. I know I will endeavor to get my wife to go see this to convert her into an admirer, at the very least. It will be interesting to see what the two new scenes have to add to the story, but I doubt they will be particularly consequential. I doubt they will significantly add to or detract from the overall power of the film, but I am still excited to see them.

For those of you out there who have not seen the movie and are particularly poor at reading subtext, I cannot recommend this film enough. If you decided to include this film in the Pixar canon, it would immediately rocket to Top 5 status. It is a kind of mix between E.T., Godzilla, and The Day the Earth Stood Still where a young child befriends a giant iron robot from outer space. The robot plays the dog role in the old “boy and his dog” story, and has a lot to learn about where he will fit into this world while evading authorities who will not treat him kindly. Set in the heart of the Red Scare 1950’s, The Iron Giant adopts the familiar metaphors of the science fiction stories of the time. The Iron Giant himself is a misunderstood technological terror not unlike The Bomb, and packs the same destructive punch. His appearance is interpreted as an invasion, which was always a stand-in for a direct attack on U.S. soil by the Ruskies. But, in this film, these tropes are used not simply to evaluate the culture of 1950s America. Instead, it chooses to dramatize the existence of free will, choosing what kind of person you get to become, and the nature of heroism. It is a fantastic story, and I am incredibly excited for the opportunity to see it on the big screen.  Hopefully, if you weren’t already interested, you are now!