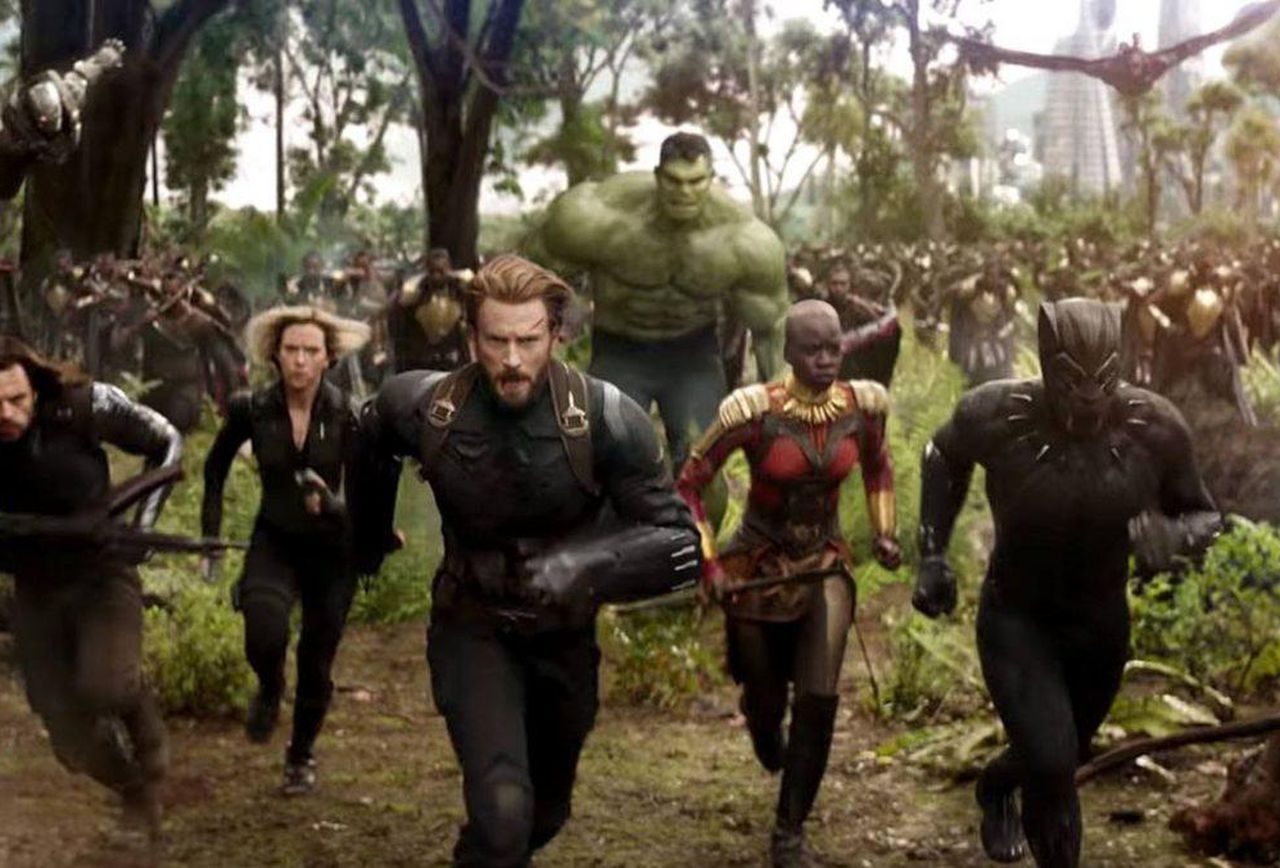 In Avengers: Infinity War, Joe and Anthony Russo accomplish many small miracles on the way towards crafting one of the most interesting films in the Marvel Cinematic Universe (MCU). Though previous iterations of the Flagship Get-Together Movie have buckled under the weight of too many characters with too much to do (Avengers: Age of Ultron and Captain America: Civil War, especially), Infinity War deftly isolates characters into distinct groups, thereby localizing their stories, goals, and actions. Furthermore, though practically every film in the MCU brandishes a makeshift villain, Infinity War finally gives us Thanos, a three-dimensional and fascinating villain with a cabal of sadistic and distinct generals. The action set pieces are all up to the same high standard that we have come to expect from the MCU, and the new interactions between old characters add some nice spice to the film. Avengers: Infinity War shouldn’t work; it should be too big, too busy, and too safe, bursting for the seems with one too many formulaic superhero movie tropes. Instead, it is the perfect distillation of what the MCU should be: fun heroes, terrifying villains, and high stakes.

At the beginning of Infinity War, we’re roughly where we left off at the end of three or four different movies. The Avengers are broken up. Thor and the surviving Asgardians are floating through space. The Guardians of the Galaxy are also floating through space, just with a few more one-liners. Spiderman is being friendly, and Dr Strange is guarding the Time Stone. And there’s the rub. The film opens with Thanos, survivor of a fallen planet named Titan and genocidal maniac intent on collection all six of the Infinity Stones so that he can rewrite reality and erase half of all life from existence, thus ensuring that the remaining half has sufficient resources to flourish. Yeah, it’s an absurd comic book plot that doesn’t stand up to simple logic, but it isn’t too far divorced from the standard Malthusian argument that earns serious consideration in certain circles.

It helps immensely that Thanos is a relatable and fully-realized character. All the best villains have a facet of reality to them, a perverse kind of logic that encourages the audience to see their misdeeds as something other than evil. Thanos has this in spades. His grand vision is a completely fair 50/50 chance for everyone to survive (and then thrive). He’s impartial and fair, like Two-Face on a universal scale. To boot, he backs up his maniacal philosophy with unparalleled strength, first put on display three minutes into the film when he wins a one-on-one fist fight with The Hulk, almost without effort. Thanos is formidable, driven, and willing to sacrifice whatever he has to in order to enact his grand scheme. He’s also weirdly human, and easy to empathize with, much like Killmonger from Black Panther. Thanos is a grand slam home run, and very easily the greatest villain in the history of the MCU.

Thanos also has a handful of generals that he sends out after the stones. This is a simple storytelling choice, but it’s also brilliant because it allows for different groupings of heroes and villains to interact throughout the story, as Thanos grows closer and closer to his goal. It has the added benefit of giving the villains a little more character. They’re not faceless aliens or disposable idiots. When the distinct evil characters have genuinely interesting interactions with the distinct good characters in a movie of this size, it is a remarkable achievement. 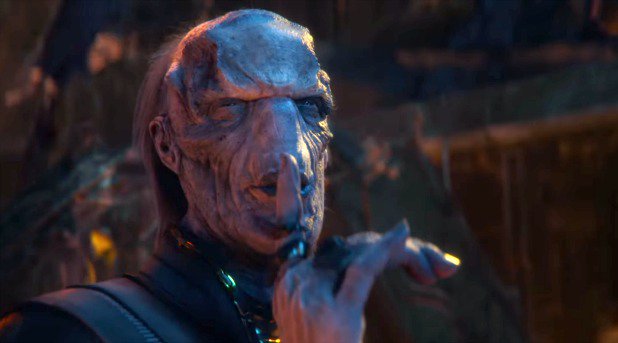 This basic story structure is the singular success of Infinity War. The “good guys” begin the film broken into distinct groups: there’s the Earth-bound superheroes that are out in the open, other that are in hiding, and then there are a couple of groups flying around in space (most notably, the Guardians of the Galaxy). Each group has its own story, but they bump into each other at critical points of interest, culminating in a gigantic climax in Wakanda where all of the players join up. By separating the story and the action into these factions, the Russos are able to include everyone without things feeling too bloated. Though there is a concern that this kind of structure would encourage too much jumping between stories, leaving everything muddled and slapdash, the Russo brothers do a good job of reigning this in. For the most part, the plotting and pacing feels appropriate for this kind of Blockbuster tentpole. 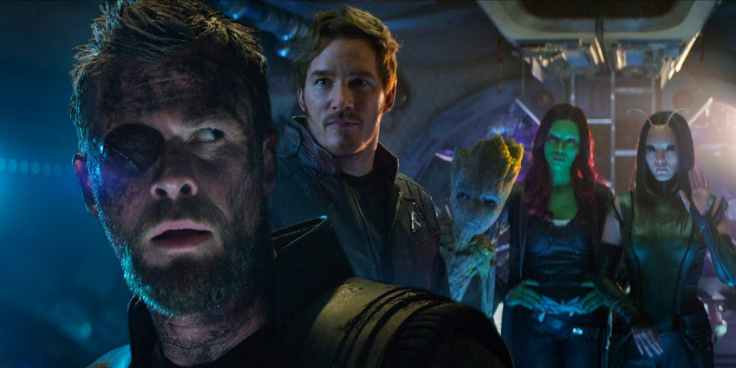 Then, we get to the action. The action sequences in Infinity War are inventive, intriguing, and frankly some of the best I’ve ever seen in a Marvel movie. There are high stakes in almost all of them, since the film opens with a few beloved characters dying at the hands of Thanos and his generals. Save for the climax, the action is usually only between a few characters at any one time, which allows for the film to settle down a bit and focus on the movements, powers, or geography of the battle. Every single action set piece also has a clear objective in mind, either for the protagonists or the villains – and it isn’t always just a MacGuffin hunt! Let’s be clear: this is a Marvel movie, so there wasn’t much fear that the film was going to look shoddy like other big budget attempts at a superhero get-together. Thanos and his CGI generals look great, the powers are eye-popping, and the environments look amazing. Infinity War is a visual feast, which should be expected by this point.

It is beyond the scope of this piece to speculate about serious spoilers or where the MCU is going to go from here, but suffice to say that Infinity War is one of the few Marvel films that has me excited for an immediate follow-up. There were many things that could have gone wrong, but none of them did. Instead, there were pleasant surprises, multiple risky choices, and a whole bunch of fun (even though this is one of the more bleak MCU films).

Infinity War may be the ultimate culmination of the MCU (along with it’s second part). Pulling off a film of this scope is an impressive feat, even if there are almost two-dozen other stories leading up to it. The Russos have created a movie that champions all of the characters that we have grown to love. The interactions between these characters is managed beautifully with the structure of the story. The command of the filmmaking is astounding. And the grandiose vision that is represented by this film is practically unique.