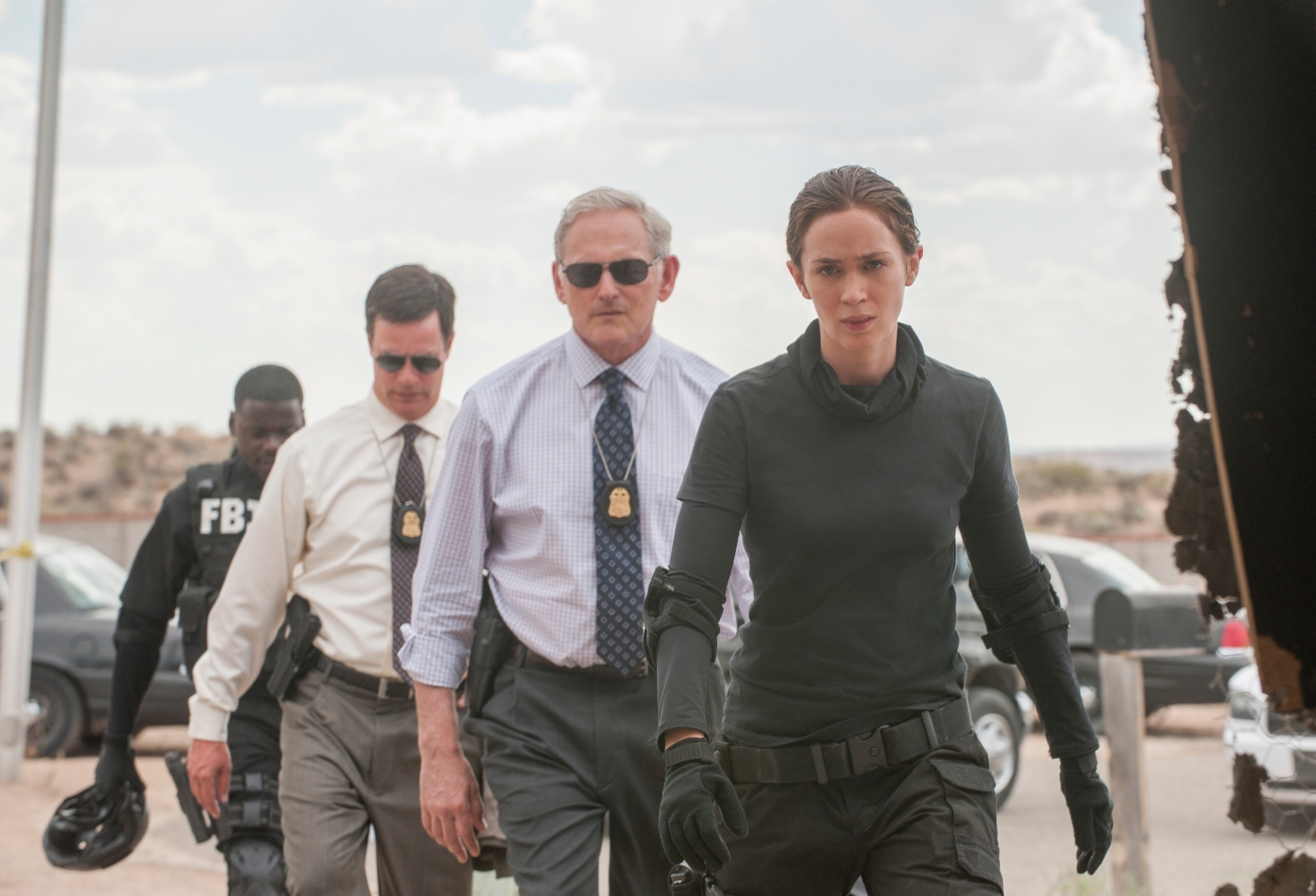 We got the first trailer for Denis Villenueve’s Sicario earlier today, and it was a real treat to finally see some scenes from this Cannes audience favorite. I case you’ve forgotten, this is the crime thriller about a FBI agent, played by Emily Blunt, who joins a task force to investigate cartel activity in Mexico. It also starts Josh Brolin and Benecio Del Toro as members of this team, and like all of Villeneuve’s films, there is more than meets the eye bubbling under its surface synopsis.  It looks fantastic.

The trailer begins during a raid on a drug house, in which Emily Blunt’s character, Kate Macer, is participating. After a number of quick cuts during the action, we see Macer kill a man in the house, which is revealed to be a sort of low-rent mausoleum for victims of the cartel. This is the moment that inspires Macer to join with Matt (Brolin) and Alejandro (Del Toro): she wants to make the people responsible pay for this atrocity. Her journey unexpectedly takes her south of the border, where she asks Alejandro, “You’re not American?”. He responds, “No”, and her follow-up question, “Who do you work for now?” is met with an absolutely haunting, “Well, I go where I’m sent”. Watch out, viewers, it looks like Del Toro might be killing it in this one. Then, we get our first title cards moving across the screen, one word at a time: “In Mexico, sicario means hitman”.

And no, we’re not re-booting the 2007 videogame film with Tim Olyphant (that’s Hitman: Agent 47, out in August). This is a different animal entirely. Alejandro warns Macer to take out her weapon during a traffic jam, and all Hell breaks loose. Then we see her showering, fresh red blood soaking her hair and washing down her face. Finally, a quick-firing assortment of scenes and out-of-context lines pepper the screen, along with title cards which quickly morph from Spanish to English. The background music is chilling and sets up an incredibly tense tone that I expect will carry throughout the film. Hell, I was on the edge of my seat just watching this trailer! I can’t quite figure out who is double-crossing and playing whom, nor why, although I am sure that the stakes will be high. This is sure to be one of the better films released in the latter half of 2015, and from the talent assembled, it may deliver some nominations come awards season. But for now, I’m just going to drool over this trailer a bit more.

Sicario is set for a September 18th release. Watch the trailer below:

2 thoughts on “First Trailer for “Sicario” Is Tense and Powerful”