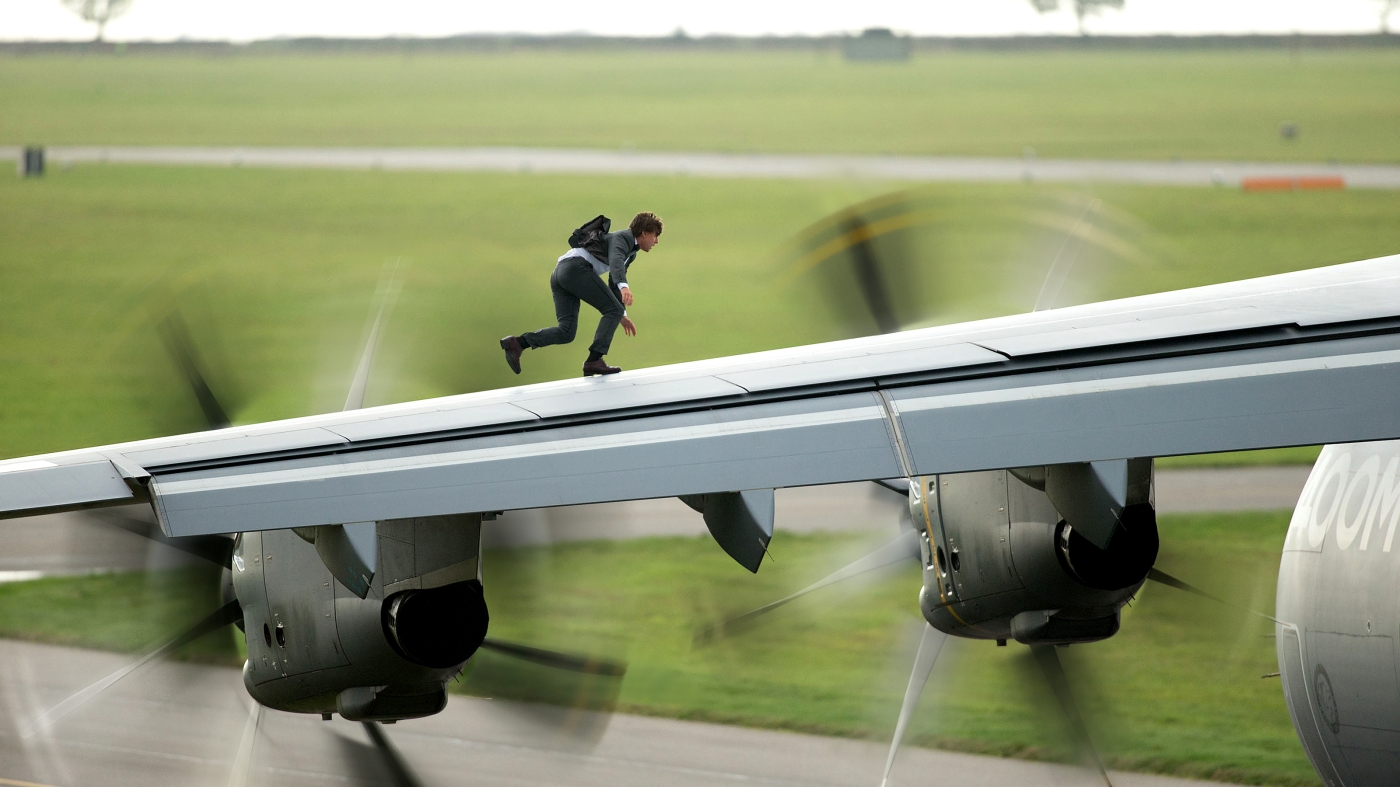 Mission: Impossible – Rogue Nation revels in its tropes. Heists, MacGuffins, and double/triple crosses abound and elevate the film to the very apex of the spy film genre. Director Christopher McQuarrie (director of Jack Reacher, writer of Edge of Tomorrow) ably adds his touches and always keeps the action intelligible, but this is unequivocally Tom Cruise’s movie. Cruise’s portrayal of Ethan Hunt has carried the Mission: Impossible franchise since its inception, but in the past his task has sometimes bordered on Sisyphean thanks to poor plotting, writing, and directing. Rogue Nation is a much easier boulder to push, and never tumbles from its well-earned heights.

The plot of Mission: Impossible – Rogue Nation will feel very familiar to veterans of the franchise, as it recycles similar aspects from the previous films. Ethan Hunt works for the Impossible Mission Force (IMF) generally doing cool spy things with gadgets and at least one death-defying acrobatic or physical stunt focusing around a heist. This time, the IMF is disbanded by CIA head Alan Hunley (Alec Baldwin) while Ethan evades the CIA and pursues the rival clandestine agency known only as The Syndicate. The film follows Ethan as he draws closer to the truth behind The Syndicate and recruits members of his former team away from the CIA, including Ving Rhames, Simon Pegg, and Jeremy Renner – all of whom perform admirably throughout the spy aspects of the film as well as in elements of comedic relief.

To keep this review short on spoilers, I will stray from providing specific plot elements, but suffice to say that Ethan has a relationship with an agent of The Syndicate, and it is never clear exactly who this agent is working for. Regardless, they are tasked with recovering a MacGuffin with remains fundamentally unidentified until deep into the third act, which could be slightly frustrating to some viewers. But, let’s be real – you will see this movie for the spy tradecraft and action sequences. And they are nearly perfect.

Before the open title sequence runs, Ethan holds on to the outside of a plane as it takes off while Benji struggles to remotely open the door (he accidentally opens the cargo door instead – oops). When he finally does, Ethan is sucked into the plane, straps himself in to the relevant cargo that IMF is after (nerve gas or something – who cares?), and pulls the parachute cord, ejecting him and the cargo palette out the cargo door that Benji accidentally opened. And don’t be afraid that Mission: Impossible – Rogue Nation plays all its cards too early. There is a great cat-and-mouse sniper scene backstage at an opera that is beautifully anxious throughout. McQuarrie dials the soundtrack to near zero during an underwater scene which is so tense that you can hear a full-house audience gasp as one during a critical moment. Even the subsequent car chase scene astounds in this film, whereas previous attempts in the franchise fell hollow at times.

Were it not for another brilliant action sequel involving a long car chase in the desert, Mission: Impossible – Rogue Nation would sit atop the pack as the greatest action film of the year. It is at once smart, exciting, and willing to have fun by not taking itself too seriously. You’ll marvel at the amazing stunts and action sequences, puzzle over the circuitous spy aspects, and chuckle at understated jokes from beginning to end. It is hard to look at this film in its entirety and not come to the conclusion that the Mission: Impossible franchise is not only alive and well, but on its ascent.