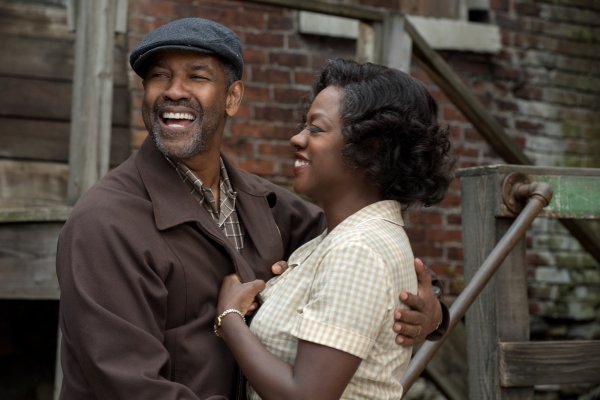 In Fences, the titanic talents of Denzel Washington and Viola Davis are once again on full display.  The two reprise their roles from the 2010 revival of August Wilson’s play of the same name, for which each earned a Tony Award.  The film certainly feels like a play, as the performances are very stylized towards the stage.  Washington directs the film as well, making it his third feature, and first in nearly ten years.  Though peppered with discussions of race relations in the 1950s, the core of the story focuses on the relationships between members of the Maxson family.  Within this context, Fences explores the importance of responsibility, the strength and danger of a domineering personality, and the conflict between settling for something and seeking out your own desires in life.  It is a small film, but packs quite a punch throughout.

END_OF_DOCUMENT_TOKEN_TO_BE_REPLACED 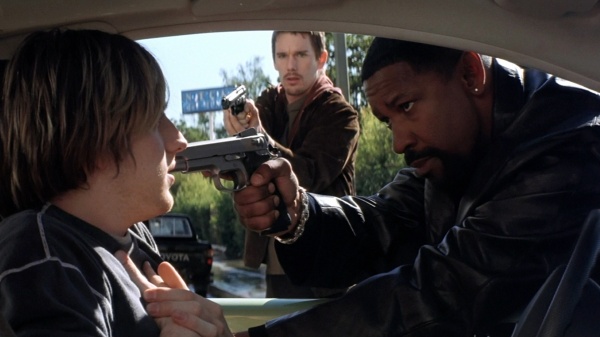 To protect the sheep you gotta catch the wolf, and it takes a wolf to catch a wolf.

No fun when the rabbit has the gun, is it?

END_OF_DOCUMENT_TOKEN_TO_BE_REPLACED

A slick, stylized violence permeates Tony Scott’s Man on Fire, which is as much a story about rebirth as it is about revenge. The critics balked at the vigilantism of Denzel Washington’s John Creasy as he tears through a Mexican kidnapping cartel responsible for the death of a young girl, but this film is much more about a man’s abortive redemption than pleasure-seeking violence. Far from glorifying Creasy’s rampage, Scott imbues the narrative with a decidedly blunt and tragic trajectory. Man on Fire is less about retribution, and more about a damaged man falling apart one last time in service of his highest value.