The Matrix is replete with allusions to classic philosophical ideas.  The plot references Plato’s Cave and the world of forms, Descartes’ First Meditation and the evil demon, and Hilary Putnam’s “brain in a vat” scenario – all ruminations on the nature of reality and the possibility that we only perceive an illusion.  The film also considers the tension between free will and determinism, mostly conveying its stance on this fundamental philosophical issue not through long-winded discussion, but through an essential tenet of Romanticism:  the plot hinges on the genuine choices made by its characters.

END_OF_DOCUMENT_TOKEN_TO_BE_REPLACED 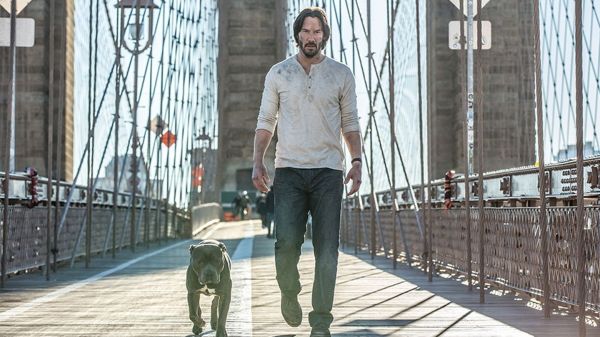 The sequel to the wildly surprising gun-fu action flick John Wick picks up right where the original left off, both in terms of plot and aesthetic.  The signature stylistic elements of the original are all here:  extensive worldbuilding, lengthy camera shots, and heavily-choreographed fight scenes more reliant on stunt work than on CGI.  The sequel extends these elements, but also has some unique ideas as well.  The locations where John Wick fights are far more varied in the sequel, and which not only makes the background more colorful and interesting, but indicates John Wick’s own personal struggle in the film.  John Wick: Chapter 2 is a thoroughly successful continuation of the series, remaining true to the magic of the original, and expanding upon it in intelligent ways.