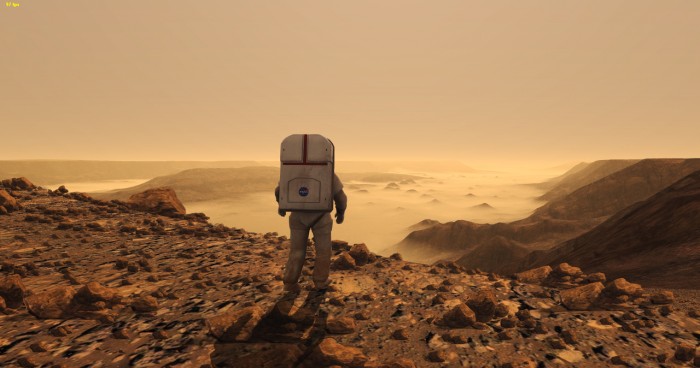 It seems like 20th Century Fox was pleased with the response to its marketing onslaught for the new Ridley Scott film, The Martian. The film was originally slated for a November 25th release date, but the production studio announced today that the release would be moved to October 2nd, swapping places with another Fox property, Victor Frankenstein. While technically it is hard to determine whether this move represents additional confidence in The Martian, or fears about Victor Frankenstein (or both), I think we can make the most sense of this move by analyzing the context in which these films will now compete.

On October 2nd, there are four other nationwide releases: London has Fallen, Legend, The Walk, and Adam Jones. London has Fallen is the sequel to Olympus has Fallen, and once again stars Gerard Butler. It should follow the familiar script of the police / military action film, with plenty of ridiculousness involved (which is not necessarily a bad thing – the original was pretty fun, if forgettable). Legend is the Tom Hardy plays violent twins movie, and is based on a true story (as soon as we get a trailer I will be all over that, don’t worry). The Walk we have gotten trailers for, and it is the Robert Zemeckis film starring Joseph Gordon-Levitt as Philippe Petit, the Frenchman who walked a tightrope between the two Twin Towers. And finally, Adam Jones will be familiar to you if you read my piece on Alicia Vikander – this is the chef comedy starring Bradley Cooper.

The Martian occupies a unique space in this weekend as the only science fiction action film. While London has Fallen will certainly be quite action-packed, it is a very different kind of action, and I doubt the standard viewer would take a sequel to a moderately successful film over an original property completely packed with stars. Additionally, The Martian only has to compete with The Walk as far as directing talent (Scott vs Zemeckis is pretty close, though recency bias suggests Zemeckis gets the edge for the time being). The competition here definitely favors The Martian, which may not have been the case in November. In the original slot, the film would be competing with the final The Hunger Games film, The Good Dinosaur, Creed (the new Rocky film), and the science fiction thriller Midnight Special.

Edit:  On June 15th, it was announced that the release date for London Has Fallen would be pushed back three months from October 2nd to January 22nd. This clears the way for The Martian even more than the original post would suggest.