The moments of Blade Runner 2049 pass by too quickly, lost in the next gorgeous shot, meticulous special effect, or confounding mystery. Fluorescent advertisements reflect off of murky puddles at the street level, while the higher classes enjoy the seemingly infinite refraction of a glorious light off of crystalline indoor pools. It’s evident immediately: the world of Blade Runner 2049 is complex, dark, and fascinating – a finely-crafted melding of science fiction and noir filmmaking.

END_OF_DOCUMENT_TOKEN_TO_BE_REPLACED

The Alien franchise has been limping along since the early ‘90s, and a covenant with God herself can’t save it from the paucity of original thought on display in Ridley Scott’s latest shade of a film.  Alien: Covenant builds a great starting point, but squanders everything near the end of the first act, and it simply isn’t cohesive or confident enough to recover.  Faint echoes suggest that the terrifying magic of the xenomorph may still be alive, but they never stand out above the background noise.

END_OF_DOCUMENT_TOKEN_TO_BE_REPLACED

The  marketing team over at Alien headquarters is hard at work polishing up a turd.  A teaser trailer, a Red Band trailer, a “Last Supper” prologue,  and the latest layer of varnish, a CGI-fuelled full-length trailer that apes off both Prometheus and Alien and Aliens in a vain attempt to discover the perfect way to mix together old things so that the result feels new.  Unfortunately for director Ridley Scott, it has been almost three decades since a film in the Alien franchise thought to try something interesting and different, and he’s simply not built up any benefit of the doubt with Prometheus (or Robin Hood, or Exodus: Gods and Kings).  This latest trailer does not portend well.

END_OF_DOCUMENT_TOKEN_TO_BE_REPLACED 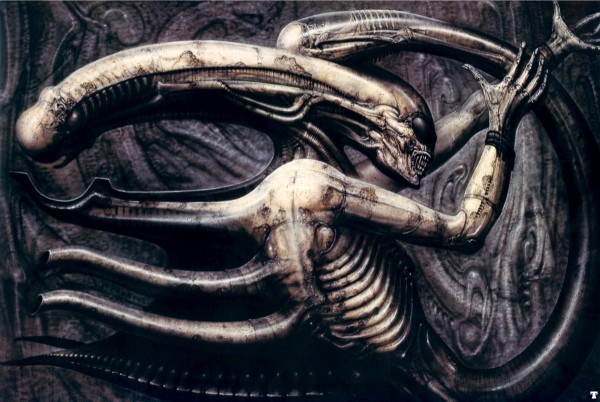 Sexual interpretations of Ridley Scott’s Alien (1979) abound, but few tie the overt sexuality of the film to its professed objective, which is to be scary.  Alien is a horror film (specifically, a slasher; Ridley Scott excitedly explained the film to his cast as The Texas Chainsaw Massacre in space).  So then, why the sexual imagery and themes?  Sex can be scary.  Even when consensual and enjoyable, it can adopt an air of fear, anxiety, and discomfort.  Scott’s brilliance with Alien and its sexually-charged themes lay in the way it transitions from our quaint hang-ups with sex to the terrifying violence inherent in the act of rape.  Visual symbolism in the film initially reminds us of both male and female sexual anatomy, but transitions piecewise into the aggressive sexuality of the rapist.  As the film proceeds, the male aspects of the sex begin to dominate until the unbridled Xenomorph literally rapes its final victim.  These sexual characteristics serves to disturb the audience in two fashions:  first by suggesting the anxiety and the scariness of the sexual organs and sex itself, and second by perverting sex into a primal violence and forcing the audience to experience it firsthand.

END_OF_DOCUMENT_TOKEN_TO_BE_REPLACED 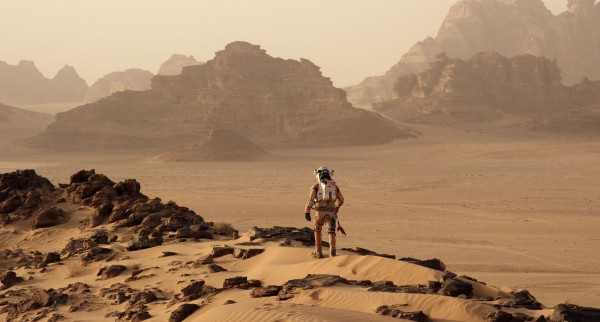 It is remiss to classify The Martian as “Ridley Scott’s” or “Matt Damon’s” or with any other possessive; it is a true ensemble film. Though the story begins in serious medias res with the crew of the Ares III mission escaping a Martian dust storm and leaving Matt Damon’s Mark Watney behind on the red planet, this is not Cast Away where we dwell on our lone character for the majority of the runtime. The success of the narrative and the impact of the theme require that seemingly infinite characters aid in Watney’s survival, but also that Watney himself is capable of titanic intellectual feats. What results is a film dictating that the strength of humanity is found in the reasoning mind – from an isolated individual struggling to survive to large teams working towards effecting a rescue.

END_OF_DOCUMENT_TOKEN_TO_BE_REPLACED 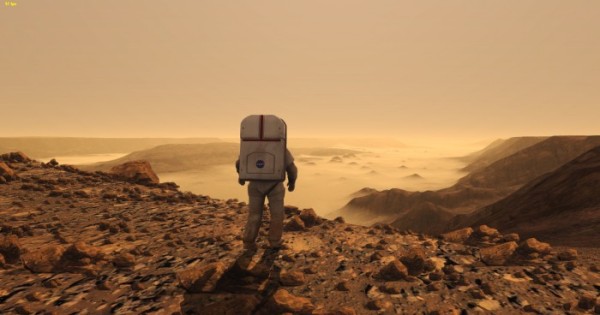 It seems like 20th Century Fox was pleased with the response to its marketing onslaught for the new Ridley Scott film, The Martian. The film was originally slated for a November 25th release date, but the production studio announced today that the release would be moved to October 2nd, swapping places with another Fox property, Victor Frankenstein. While technically it is hard to determine whether this move represents additional confidence in The Martian, or fears about Victor Frankenstein (or both), I think we can make the most sense of this move by analyzing the context in which these films will now compete.
END_OF_DOCUMENT_TOKEN_TO_BE_REPLACED