As the very best animated Disney films often do, Moana marries mythology and musical to depict a princess struggling to find her place.  However, Moana blasts beyond this tried-and-true method by introducing a transformative detail:  Moana is more concerned with following her own values than she is on cozying up to a love interest and ruling as a princess.  The film sports wonderful songs that are used in crucial bits of storytelling, the voice-acting is incredibly strong, and the plot features some interesting beats and develops a potent theme.  There are interesting tweaks to the humor and animation styles as well, which keeps the film looking and feeling fresh throughout.  Moana herself practically overflows with heroism, and she is perhaps the most complete and realistic Disney princess to date.

END_OF_DOCUMENT_TOKEN_TO_BE_REPLACED 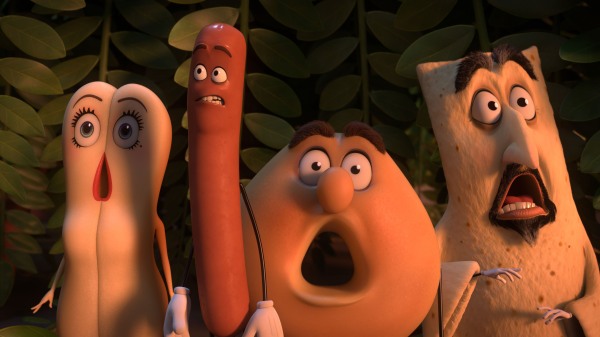 The hard-R animated comedy has a storied history (see:  Fritz the Cat, Southpark, and Heavy Traffic), but is not a particularly populous genre, and it is easy to see why.  Animation is both expensive and time-consuming, so it is extra challenging for an R-rated animated film to recoup its investment when compared to the more family-friendly fare of studios like Pixar or Dreamworks.  But, none of that seems to matter to the creative forces behind Sausage Party, a coarse animated comedy from the minds of Seth Rogen and his crew, and which was directed by the team of Greg Tiernan and Conrad Vernon.  Though the movie leans heavily on foul language, offensive stereotypes, and blatant sexual innuendo, there is also a surprising intellect behind the plot elements and thematic statements.  The end product is a wonderful mixture of crass sex jokes, pop culture reference, and foul language – all of which serves a story that brings far more to the table than the standard hard-R comedy.