Director Darren Aronofsky is not known for subtlety or crowd-pleasing. Afterall, his indie debut featured a mathematician obsessed with pi and orthodox Jews who thought his work was discovering the true name of God. He delved deep into every facet of drug abuse, focused a character study around a wrestler, used high-end ballet as a backdrop for a psychological thriller, and put Rock Giants in the story of Noah’s Ark. “Iconoclast” probably doesn’t do him justice.

END_OF_DOCUMENT_TOKEN_TO_BE_REPLACED 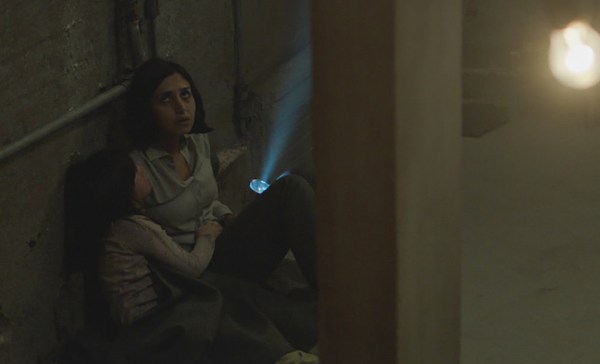 And the jinn we created before from scorching fire.
– Quran 15:27 “The Rocky Tract”

Symbolism and metaphor are powerful weapons against oppression, and can also illuminate complex and unbearable situations like war and the subjugation of women.  Writer-director Babak Anvari’s debut feature Under the Shadow is a intelligent film that takes full advantage of the setting, situation, and culture of Iran in the 1980’s to spin a terrifying supernatural horror film.  Among the background of the Iran-Iraq war, the film depicts a woman and her young daughter as Tehran is bombed and a nefarious Jinn takes residence in their apartment building.  Though a supernatural horror film on the surface, Under the Shadow also boasts a rich subtext that explores ideas of misogyny, family struggles, and the gloom of wartime.

END_OF_DOCUMENT_TOKEN_TO_BE_REPLACED

Ex Machina, the directorial debut of Alex Garland (screenwriter of 28 Days Later, Sunshine, and Dredd), is a fascinating exploration of the essence of humanity which challenges an audience to wonder at the nature of not only consciousness, but independence and justice. The movie opens with a plain title screen and we are introduced to Caleb, working at his desk. He learns that he has won the grand prize of a contest. He rides in a helicopter to an isolated location, navigates through a jungle to a strange futuristic mansion, and meets his benefactor: the hipster-bro head honcho of a giant software company named Nathan (Oscar Issac) who has recruited him for a secret mission: to proctor a Turing test for the newly-developed female artificial intelligence named Ava, portrayed by Swedish actress Alicia Vikander.
END_OF_DOCUMENT_TOKEN_TO_BE_REPLACED